The founder started Wing Hing Electrical Engineers Company as a small electrical engineering firm in 1961, the company’s early involvement was in installation, repair and maintenance of home electrical appliances.

Inspired by the fact that many Taiwanese households had already installed rangehood instead of ventilation fans, the founder in the 70’s successfully anticipated market potential of rangehood in Hong Kong. It exhausts grease and smoke far more effectively. The group then first introduced two brands of Taiwanese rangehood to Hong Kong. Despite the awareness of kitchen hygiene in their small homes, bulky and noisy appliances were simply unacceptable by local users. Eventually, products’ modifications were made and a free-trial marketing strategy was employed to promote the new product. These efforts have achieved untapping the rangehood market in Hong Kong. In 1973, the group has further developed their business through launching its owned trademark – Athens.

In 1989, the Wing Hing International Group adopted the European-style design in the newly created Athens rangehood-Venus Series. Since then, Athens became the leader in the Hong Kong market. The SRH (survey Research Hong Kong) Survey clearly and unconditionally rated the Athens rangehood the best seller for 9 consecutive years from 1990 to 1998 inclusive.

In the past, the appearance of rangehood is dull and bulky. In 1990, the innovation of Athens Venus Series modified the above the features with elegance and high suction power. Athens has established a new standard for rangehood design. Following the success of Venus Series, the group then introduced the Easy-Detach Easy-Clean model in 1991. Once again, the Easy-Detach Easy-Clean model is welcomed by customers in general that other rangehood manufacturers are tempted to follow.

Being the manufacturer and sole agent of Athens products, we also provide repair and the maintenance services. The major strength of this arrangement is to enable us to incorporate feedback and recommendations from our customers directly into our future product design.

Athens rangehood are very popular among our customers. They also win governmental recommendations internationally. They have met the safety requirements in Canada (CSA), the United States (UL) and they have also complied with the IEC and CE requirements in Hong Kong. 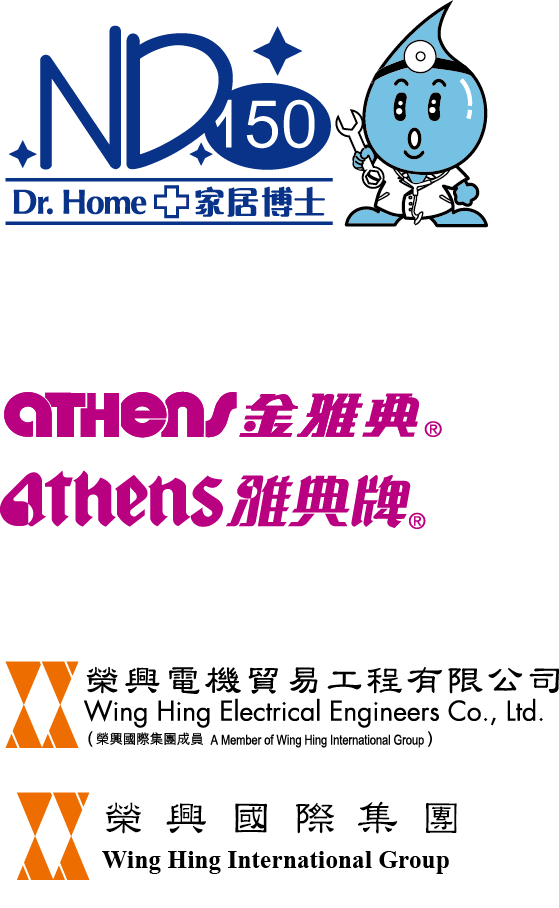 Wing Hing is highly concerned on the customer service level. In addition to own our designers and vendors, we also establish professional service team which responsible for all the maintenance and warranty services. The advantage is that we can collect customer's feedback directly, and apply to our new design products. This can keep improvement on quality level, and develop better products.